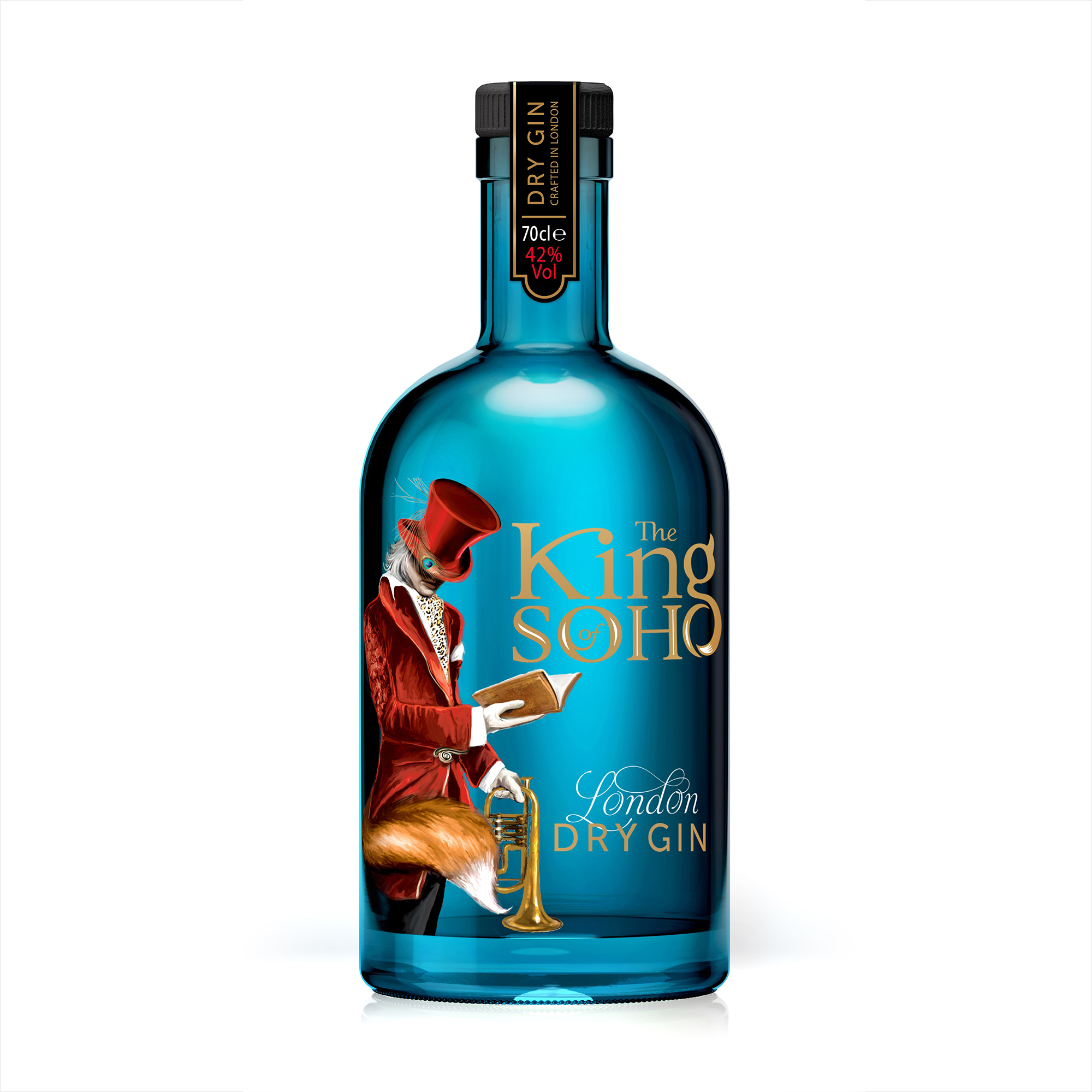 
The King of Soho London Dry Gin is distilled in London. The brainchild of Howard Raymond as a tribute to his late father - 'The King of Soho', Paul Raymond.
Twelve botanicals are used in the production, including coriander, grapefruit peel, angelica root and cassia.

Tasting notes
A clean and gentle nose which belies its strength, opening up to reveal classic juniper and pine notes with a refreshing zest of citrus oil.