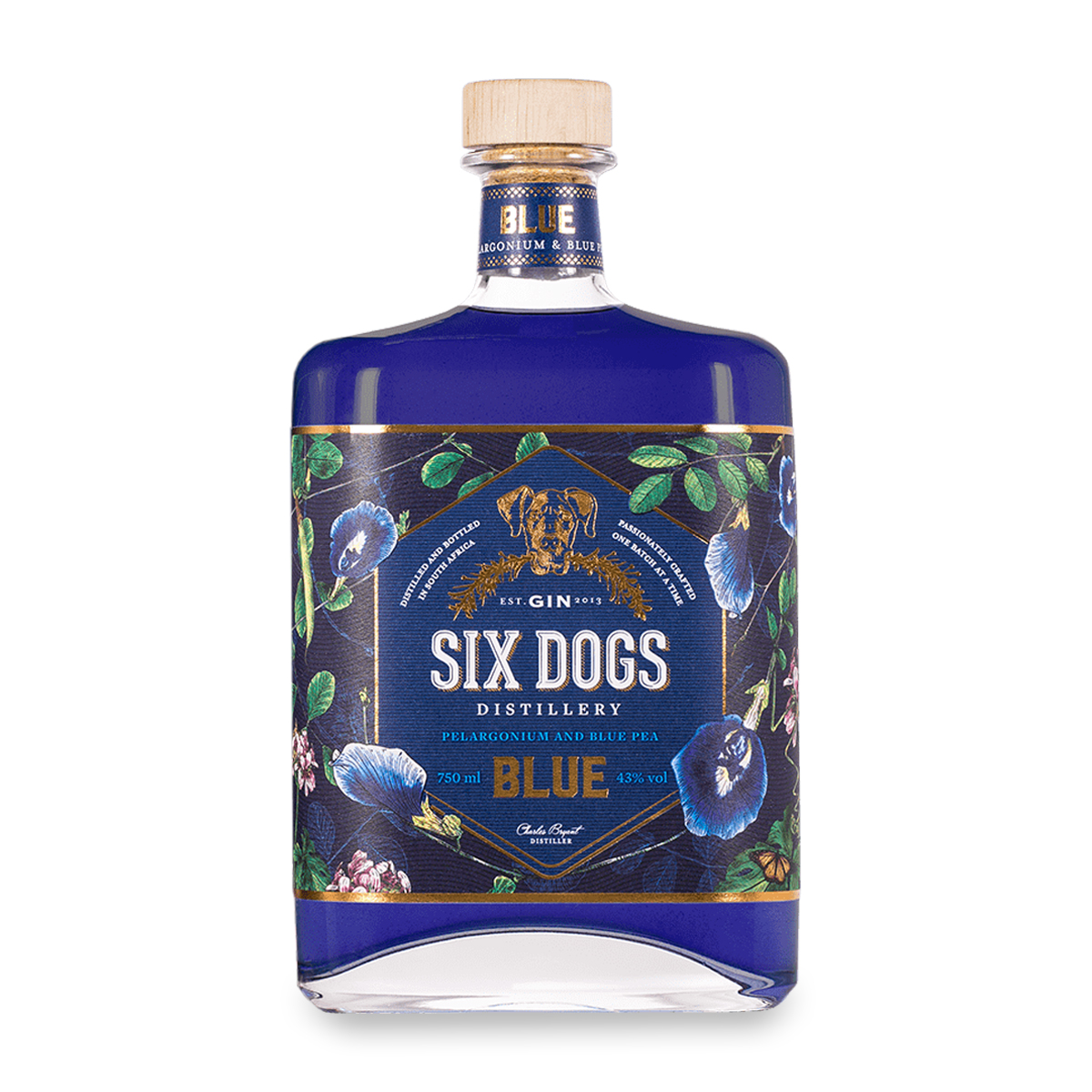 Six Dogs Blue. The most Royal of Gins. One batch at a time

Six Dogs Blue derives its name from the Blue Pea flower (Clitoria Ternatea), an antioxidant and aphrodisiac in traditional medicine.

As chance would have it, ‘Blue’ is also the name of the smallest dog in our pack of six. The infusion of Blue Pea gives the Gin its striking blue colour. The alchemy of this unusual botanical is further revealed when the Gin is mixed with a good tonic, changing the colour to light pink. Six Dogs Blue is the most royal of Gins. A party Gin. A touch of magic. A classic dry Gin with experiences of freshly cut lucerne over hand-picked and morning-harvested Rose Pelargonium. Think of that well known shaken-not-stirred cocktail and let your imagination run riot.

Not for the timid, Blue is a Gin to inspire the novel you never got around to writing, to bring out a little of the sinner and singer in you and to raise in a toast at the end of a hard-fought battle. 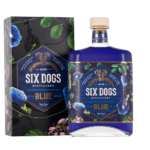