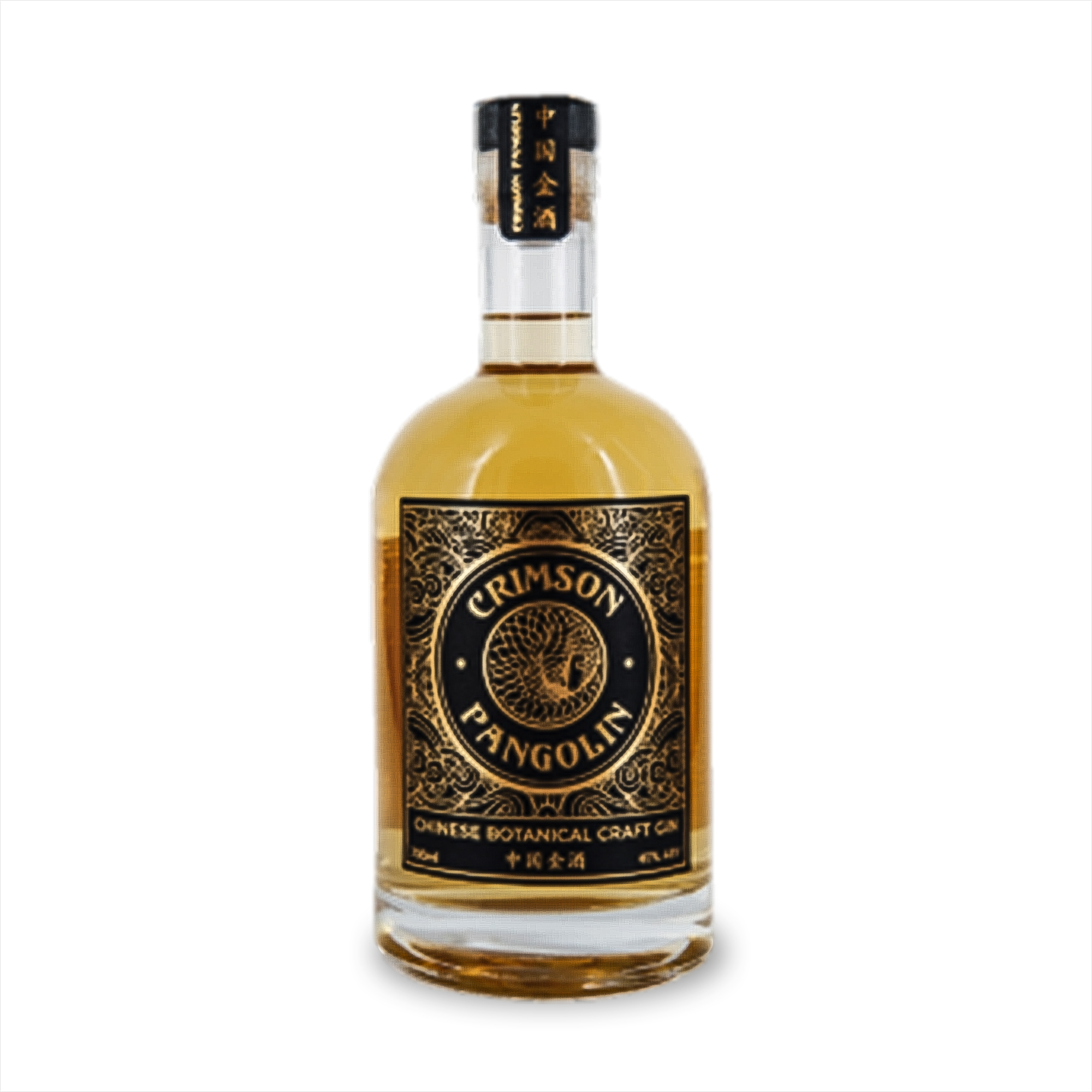 Crimson Pangolin was founded in the summer of 2017 by two foreigners living in China, David Munoz and Helena Kidacka. During a trip back to her native London in early of 2017, Helena discovered that was going through somewhat of a renaissance. Along with her partner, David, they decided to make one of China's first craft gins.

Made exclusively with Chinese botanicals, with junipers sourced from Shandong, lemons from Hainan, coriander seeds, spices and peppers from Hunan and Sichuan. For best results with tonic, garnish with a side of cucumber or a sprig of rosemary. The golden hue of the gin is due to the long, forty eight hour post-distillation infusion process of the botanicals, namely the crushed coriander seeds. This sits incredibly perfectly, as the translation for gin in Chinese is ‘jin jiu’ which in English, translates directly into Golden Alcohol.