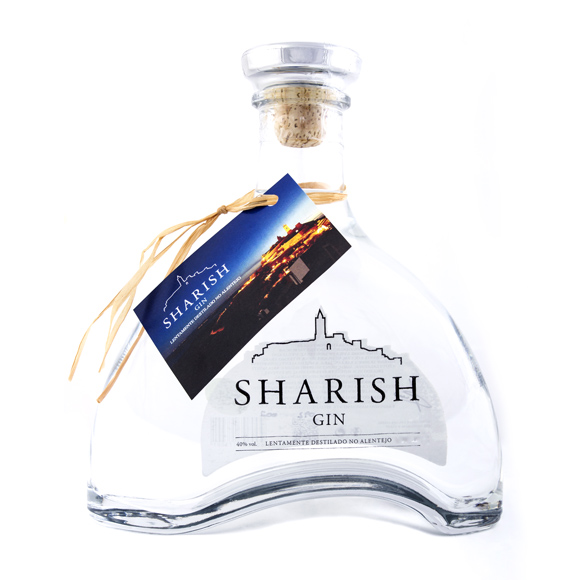 Started in October 2013 the SHARISH GIN project is a new Portuguese gin produced in Monsaraz, a village in the Alentejo region of Portugal by António Cuco. Used during the Muslim occupation, the Arabic term "sharish", means xara or jara, the very Estella alentejana (Cistus ladanifer). The gin is part of a recipe stuffed with Portuguese ingredients, from Apple Bravo de Esmolfe DOP to oranges and lemons from Alentejo, passing through fresh Lúcia-Lima, together with the traditional juniper and coriander seed, complemented with cinnamon, clove and a soft touch of vanilla. All these ingredients are distilled separately in a traditional Portuguese alembic, and then submitted to a final blend.

The idea of ​​producing Sharish Gin came from a challenge from friends and from the distiller's taste for exclusive things. From there, until the appearance of the recipe of Sharish Gin spent several weeks that were used in research. Next was the choice of the botanists being that the lúcia-lima is the preferred aromatic plant of the distiller and the apple Bravo de Esmolfe DOP its fruit of choice. The choice of name and logo is due to the passion for Monsaraz, one of the most beautiful places in Portugal. The shape of the bottle fits, perfectly, to the silhouette of Monsaraz chosen for the logo. Nothing was left to chance in this production, everything has a reason for being, and the main one is the passion of gin linked to the conviviality among friends. As they say in the Alentejo, "may you profit."